I finally got my backpacking backpack (Osprey Exos 58) and today was the first test run.  I loaded it with all of the equipment I would need (minus the cook set) for an overnight in cold weather, just to test out the max load.  There is still some tweaking that I need to figure out as far as packing logistics go, but it felt pretty good.  Maybe a few more adjustments to the straps as well before I am totally comfortable.  There is certainly a difference between a day pack and a fully loaded multi-day pack though.  Happily though, my base pack weight came in at just under 19 pounds. 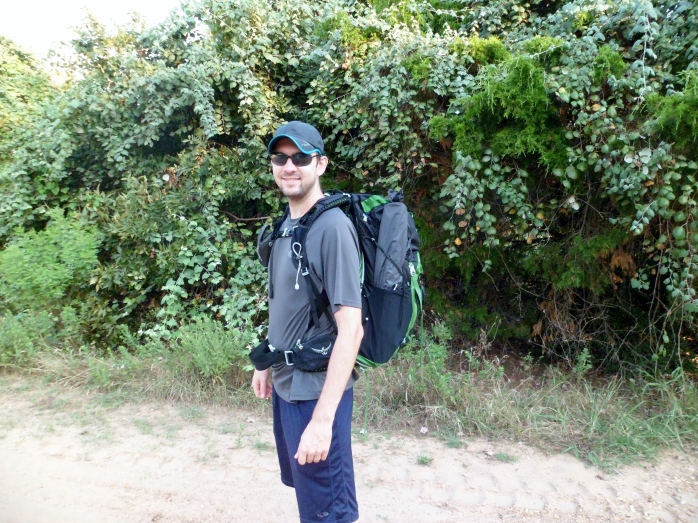 This was our second hike at McKinney Roughs and we did a different part of the park this time.  We stuck to mostly equestrian trails, which were a lot wider, but still pretty challenging in parts.  We pretty much had the trail to ourselves.

The trail started easy and down into a valley, but went uphill pretty quick.  There was some kind of scat all over the trails and it wasn’t from horses.  We never did figure out what left it.  The trail led up to a nice overlook of the Colorado River, called Meditation Point, where we took our first break. 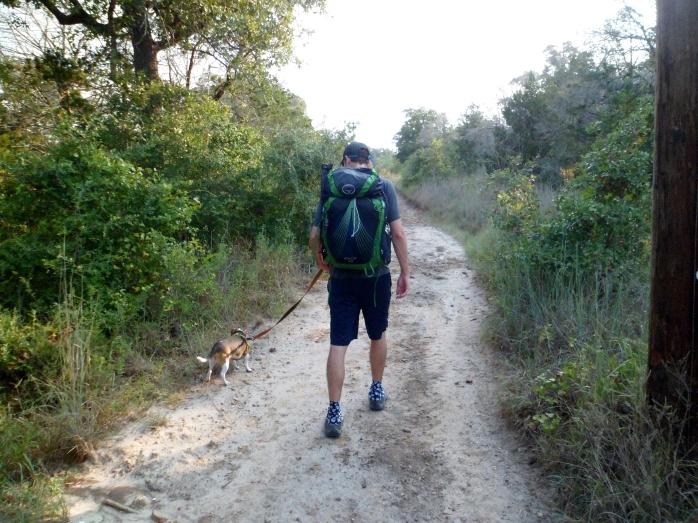 From there the trail headed back down towards the river.  The trail is nice and shaded and bordered by many flowers.  We both agreed this is a very underrated park.  On the way down to the river bottom we passed by the biggest tree in the park, a pecan tree over 200 years old. 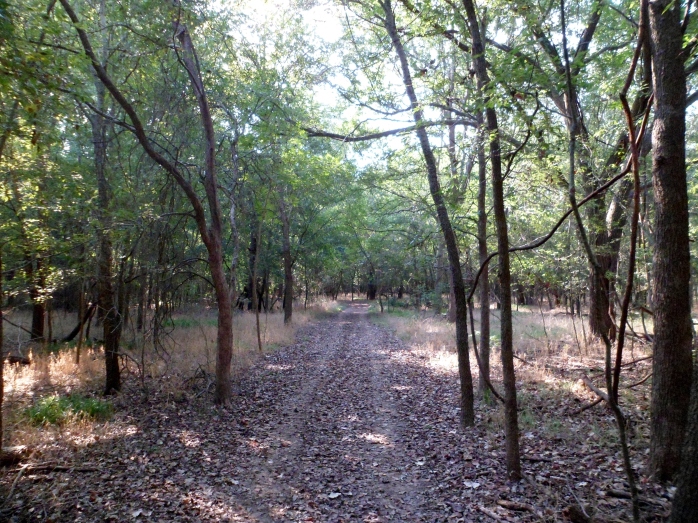 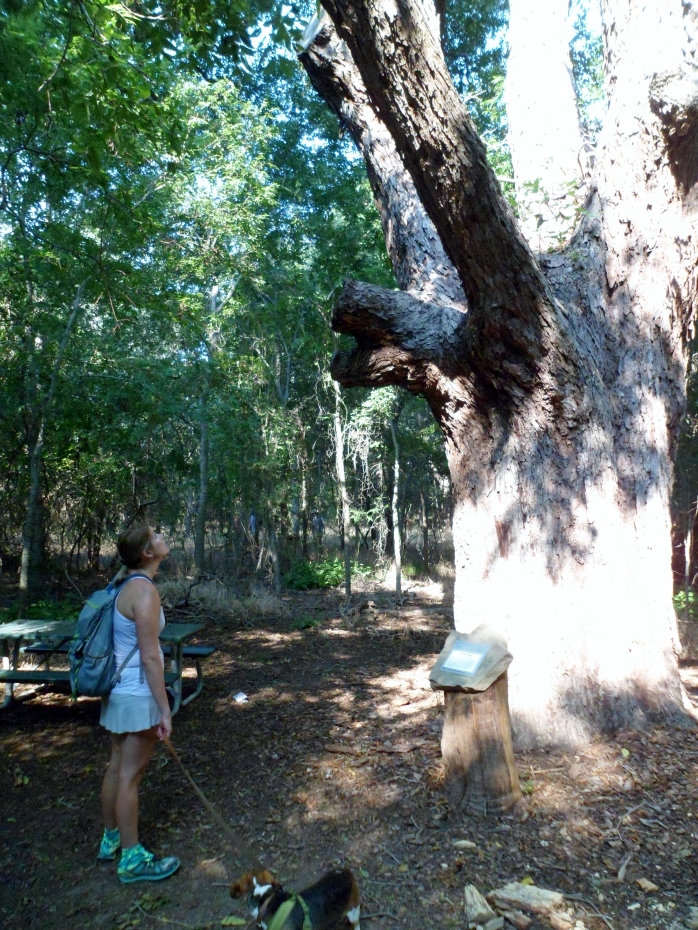 When we got near the river we took another break and had a small lunch of cantaloupe, grapes, and granola before heading back towards the trail head.  Unfortunately, this side of the park doesn’t follow the river too much, so we only caught a glimpse of it up close.  We also saw a tiny gnome someone had left along the trail and Court was very happy.  She loves gnomes.

We had a pretty steep climb back up toward the trail head.  The day was hot, but not as overbearing as it has been the past few weeks.  Hopefully fall is just around the corner.  It is still Texas though, but at least low 90s would be appreciated. 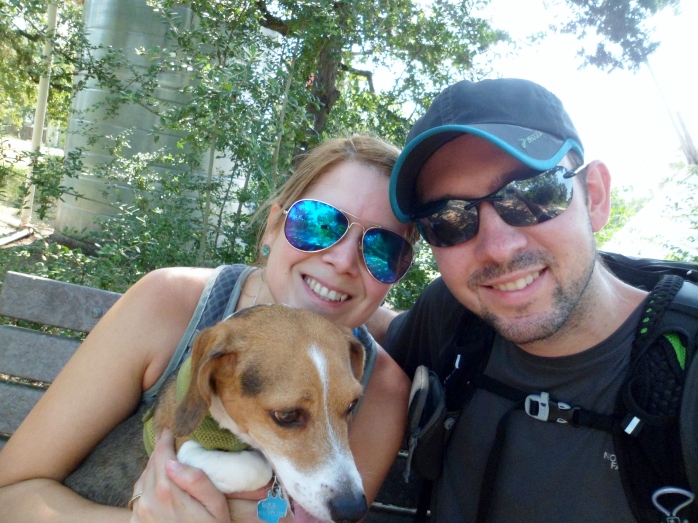 I was pretty happy with how the pack rode, but as I said, it still needs some tweaking.  We have our first overnight in the back country reserved for mid-October, so I’ve got some time to dial it in.  Also, the last piece of the gear puzzle is being made as we speak: a double quilt from Enlightened Equipment, The Accomplice.  We are both very excited about this item.  It should arrive near the end of September.  It’s been a two year gear gathering process and I think next we are going to get Court her own pack so we can split the gear a bit more evenly.  Looking forward to starting to backpack in earnest.