It was a bit chilly this morning.  Fall has officially hit Texas.  We hit the trail a little after 9:30am.  This was Biff’s first hike with his new backpack and he did really well.  The trail head is at the Old Alton Bridge, which is an iron bridge built in 1884.  It was decommissioned in 2001, but is still open to foot and horse traffic. 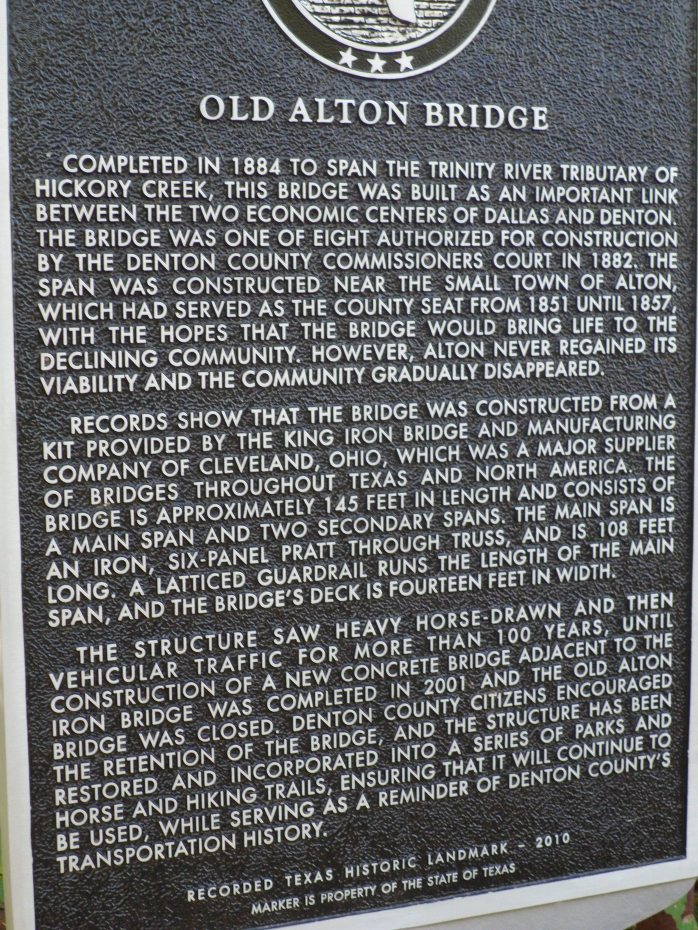 The full trail is about 12 miles out and back, but we only hiked about half of it today.  The first mile was pretty flat and bordered a horse pasture before turning towards Lake Lewisville and getting deeper into the woods.

The morning was cool and damp, as it had rained for most of the week before.  A bit muddy, but the trail was in good shape.  There were two water crossings, but both were shallow.

As we got further along, we started to gain more elevation and the trail got a little more wild.  We crossed under a highway and then bordered the lake for the rest of the trail until we turned around at the 3 mile mark and another bridge.

Biff was off leash for the first half, but on the way back we spotted a coyote just 20 yards off the trail and Biff was on leash for the rest of the journey.  Court picked up a coyote stick to protect us, despite my laughing.  Shortly after, we noticed quite a few animal remains that must have been the coyote’s leftovers.  We labeled this section the Trail of Death.  There was a crow skull, a pile of bird feathers, parts of an armadillo, and a fresh possum carcass.  The coyote must have been eating well.

The rest of the trail was uneventful, but very pretty, winding through the forest and staying in the shade.  The round trip took a little over 2.5 hours.  We ran into a few other hikers with dogs and also two horseback riders.  We are planning on coming back to do the full 12 mile trail plus the Pilot Knoll Trail, which runs south from the trail head for another 14 mile out and back.