We made the long drive from Jasper down to Vancouver through the thick smoke of myriad forest fires.  We spent a quick night in Vancouver at a B&B and then took the ferry over to Nanaimo on Vancouver Island and drove for 4 hours over to Ucluelet.

On the way out of Jasper we made a quick stop at the Mt Robson visitor center and then some random (and beautiful) falls and a fruit stand when we got closer to Vancouver. 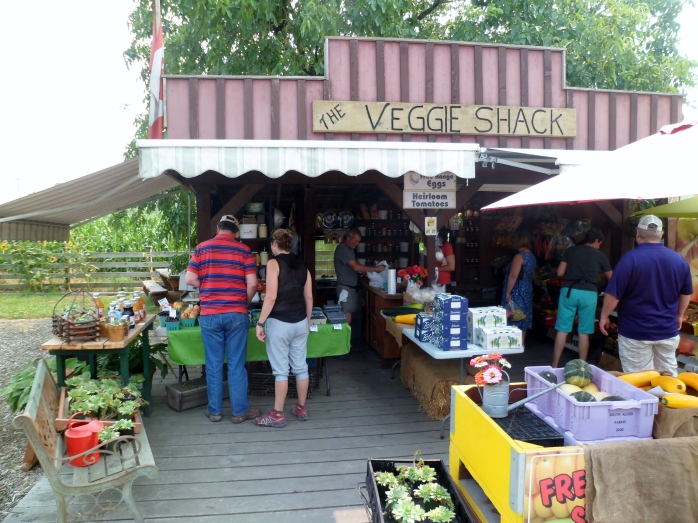 Once on Vancouver Island, we stopped at Cathedral Grove to walk through the Douglas Firs that are hundreds of years old.  They aren’t as big as sequoias, but still impressive. 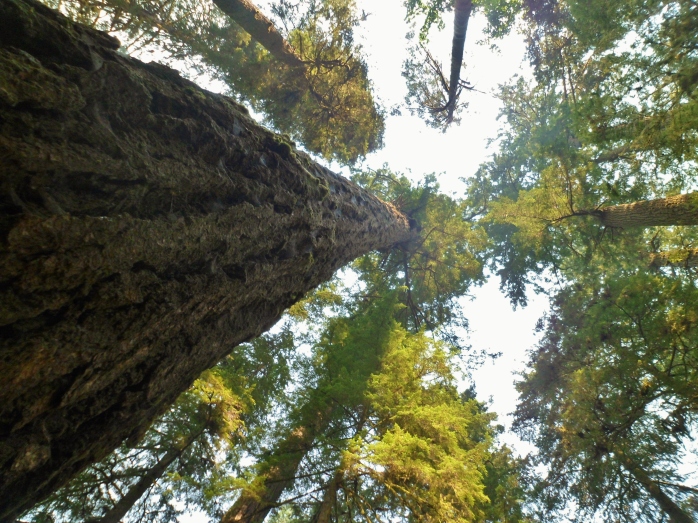 After a winding three hour drive, we arrived at Ucluelet and our lodge, right on the foggy beach.

We drove up to Tofino, a more touristy surf town about 30 miles away, and had dinner and booked a whale watching tour.  Both towns are awesome.  We came in an interesting time of year where the warm air off the island meets the cold Pacific air, causing fog almost all of the time, except for the afternoons.  The locals call it “Fogust” instead of August.

The next morning, I woke up early and went for a hike along part of the Wild Pacific Trail in Ucluelet.  There had been wolf sightings along the trail in the past year, so there were signs warning about hiking with dogs.  That was an interesting way to start the hike.  Hike was about 3.7 miles.

It was nice hiking along the rocky shores and cliffs in the early morning chill and fog.  I saw a bald eagle as well, but barely got a photo before he dove out of view. 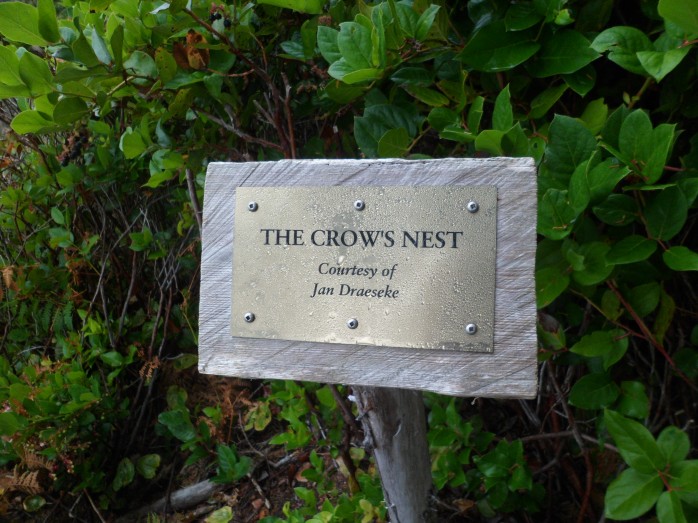 When I got back to the cabin, we ate breakfast and headed to the Ucluelet Aquarium, which was really cool.  It is just a small, one-room building on the water, but is very informative and gets all of its animals and water from the surrounding bay.  It is a “catch-and-release” aquarium and species are released back to the water each fall.  Highly recommended if you’re ever in the area.  Here’s their website: https://uclueletaquarium.org/ 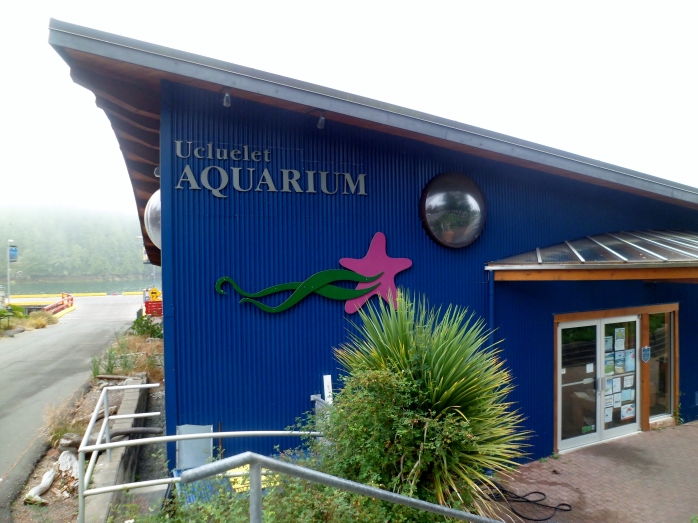 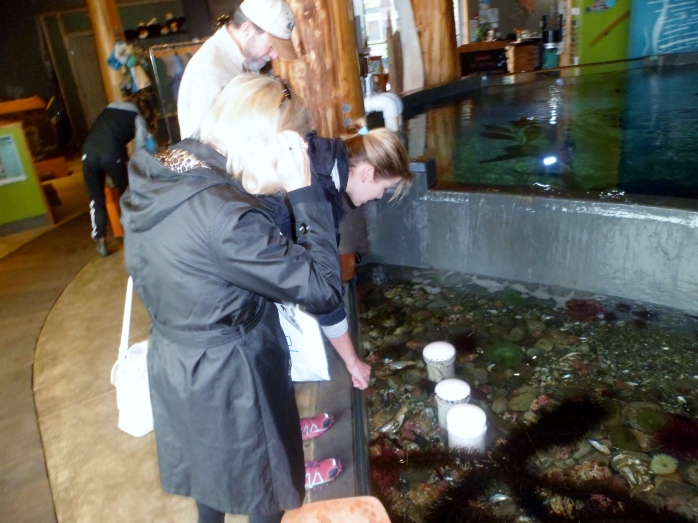 We went on our whale watching tour that afternoon, but only saw a couple of Gray Whales from a long distance.  They were in shallow water, so we never really saw their tails.  I got a good shot of a sea otter though, which are my favorite anyway.

To end the trip, we drove down for a quick evening in Victoria (we will be going back there for sure) and then across the strait to Seattle and home.

This entire trip could certainly be labeled once in a lifetime, but we definitely want to come back to several different spots and spend more time.  Thanks to Doc and Suz for enjoying it with us and thanks to Canada for just being all around awesome.