What a surprise this park was!  We had actually planned to car camp here a couple of years ago, but never had made it until now.  We drove out through Lockhart south to the park and made a loop out of 3 separate trails.  The park isn’t very big, but the flora is so much different than anywhere else in Central Texas, which makes it quite a gem.

We started at the CCC-built Rectory and took the Ottine Swamp Trail, which wound through the palmettos for a mile or so.  Birds everywhere.  The trail was partly boardwalk, to protect the fragile plant life, and there was spanish moss hanging from the trees. 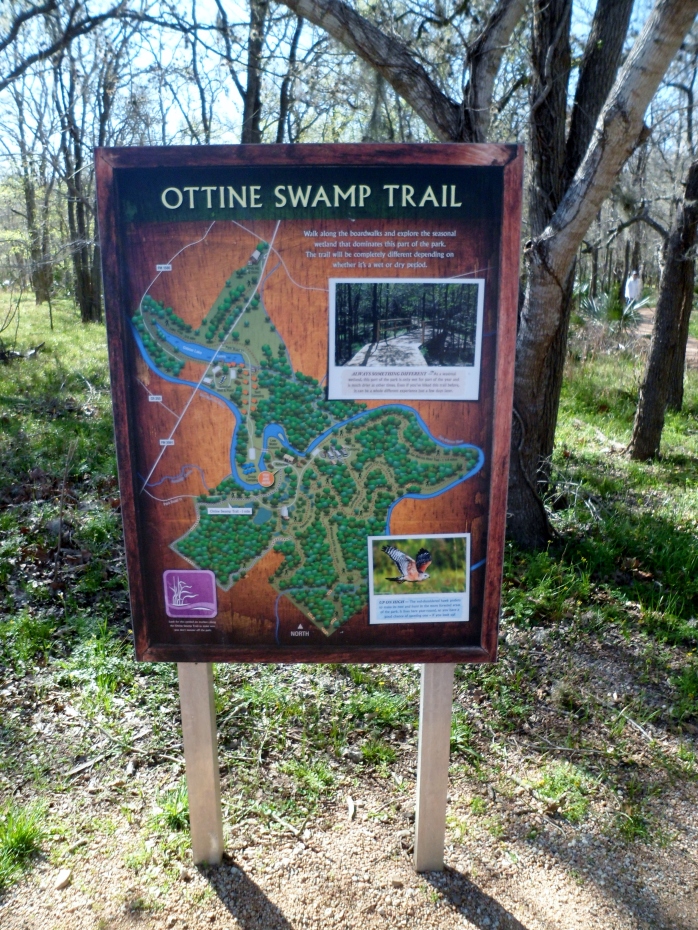 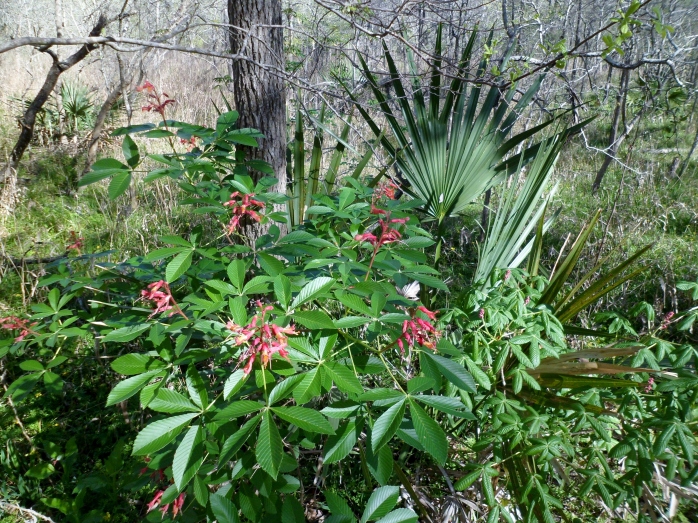 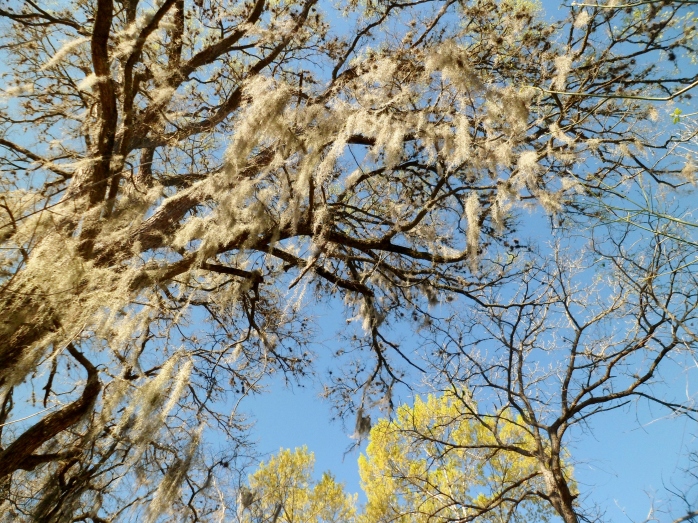 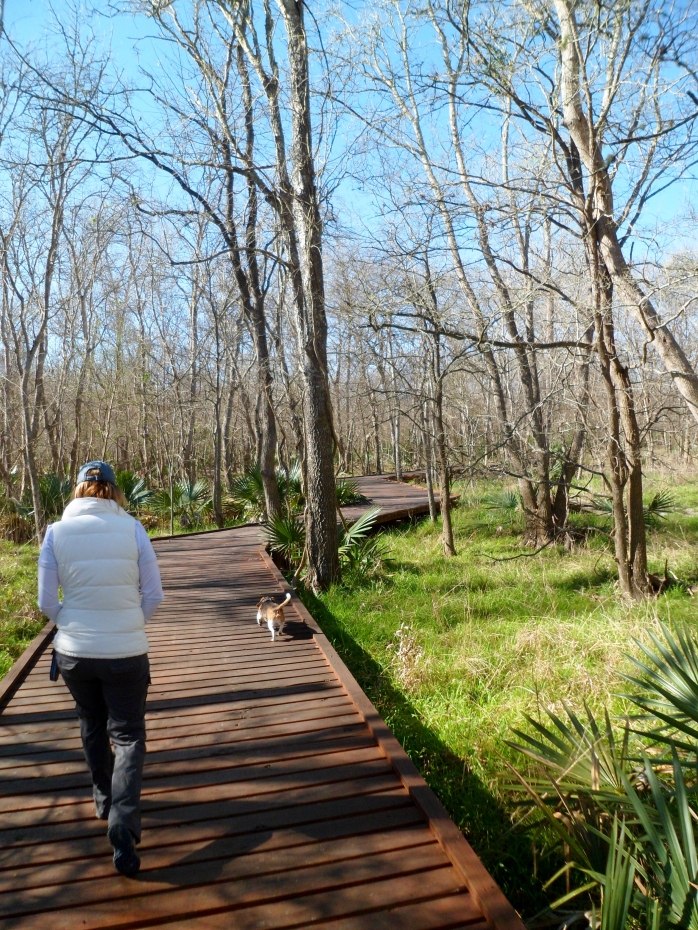 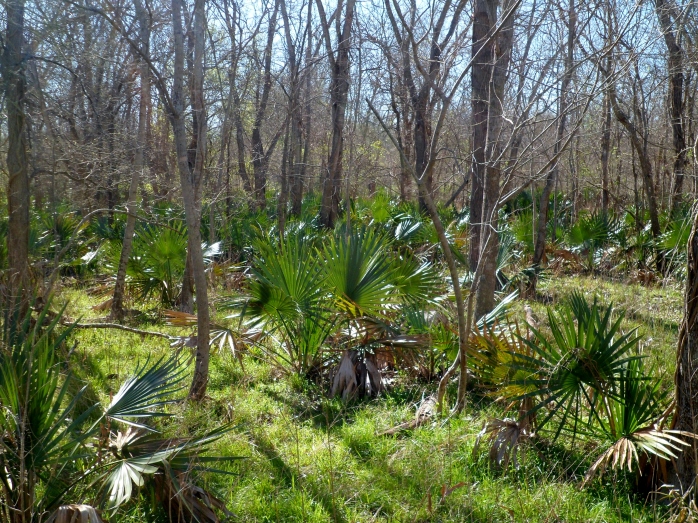 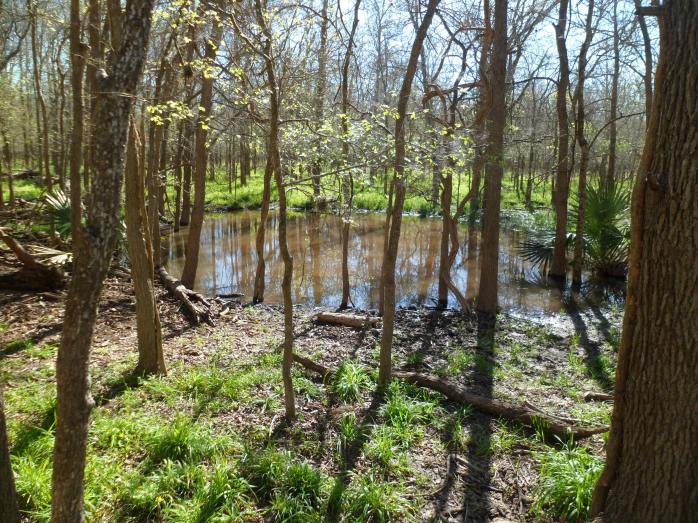 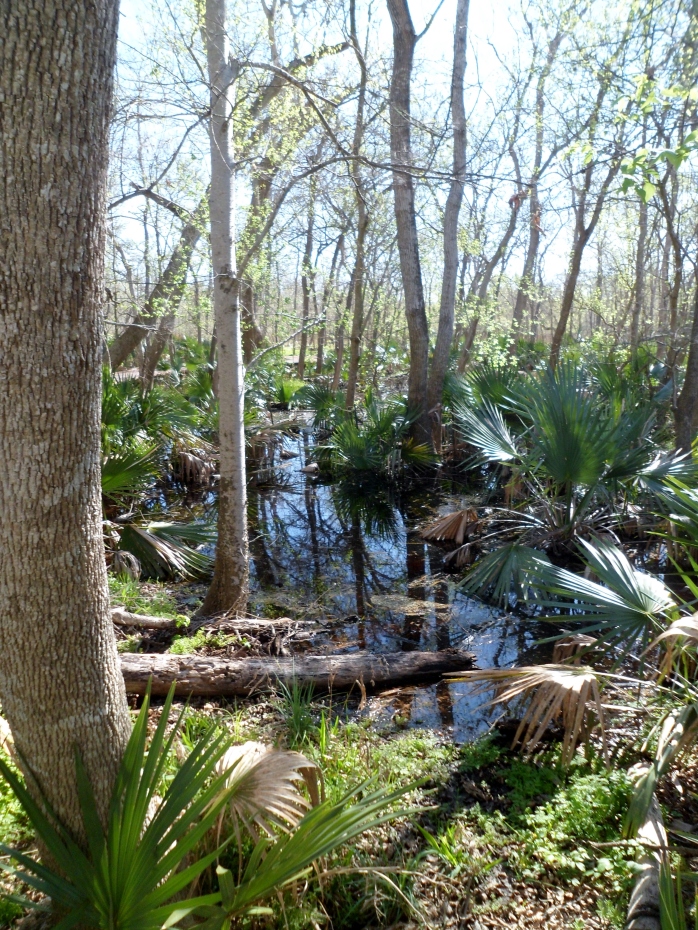 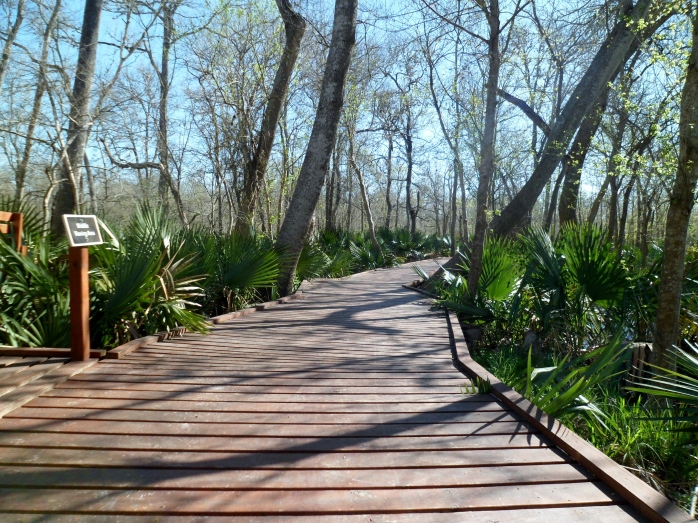 We connected to the Mesquite Flats Trail, which is aptly named, for another mile and then to the San Marcos River Trail to round out the 3.3 mile hike.  It was level pretty much the whole way, but very pretty and so different from most of the Texas hikes we have done before. 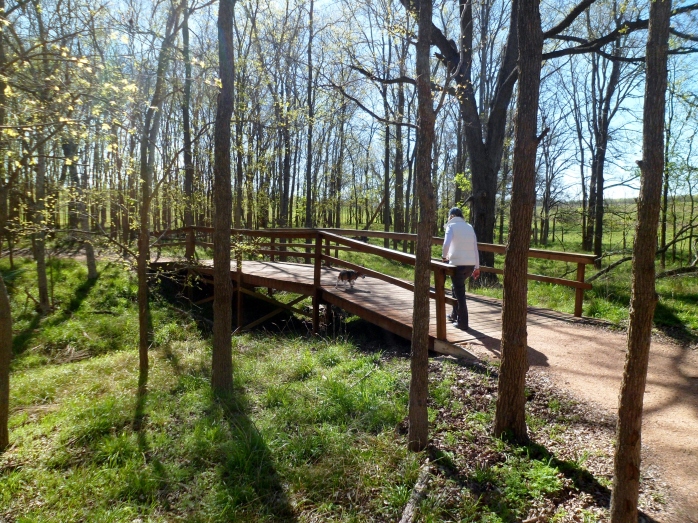 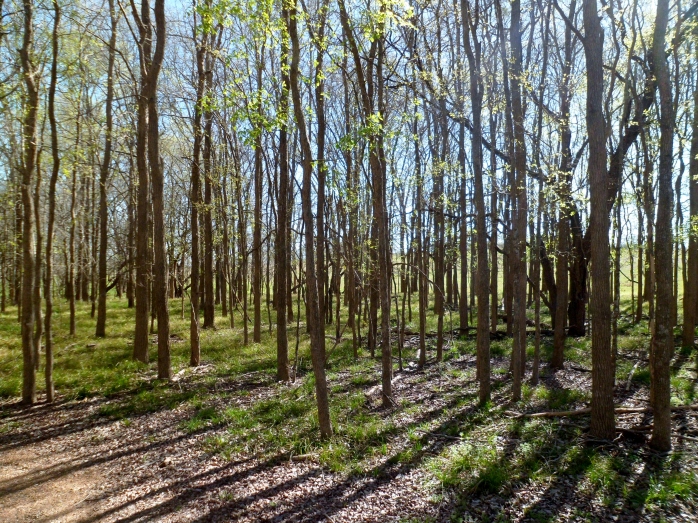 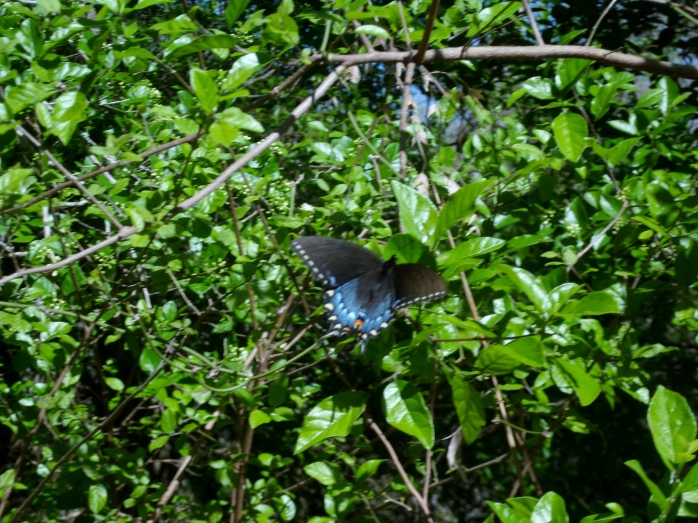 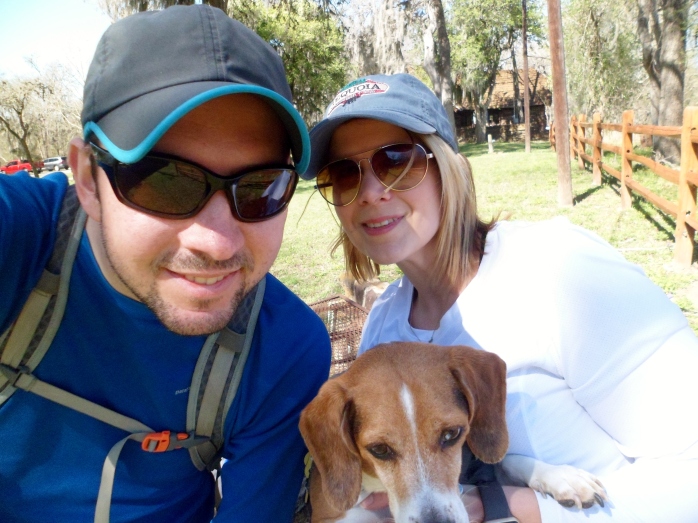 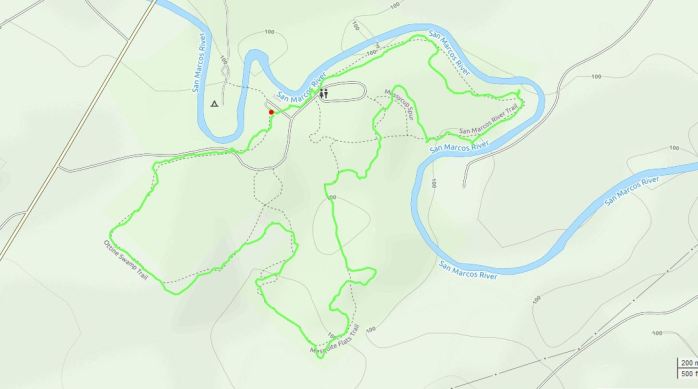 I finally discovered (took 5 minutes to google) how to add more menus at the top of the blog, so I divided the posts into Texas, US, and International hikes.  Considering there are over 80 Texas hikes, I may take some time later to further sub-divide those.  But for now it’s a start.  Can’t wait to add some more international hikes when we go to Canada this summer!