This was my first time to Rocky Mountain National Park, though Court had gone when she was a kid.  I obviously expected mountains and beauty, but the amount of wildlife far exceeded expectations.  We were there early in the season, so the higher elevation trails were still snowed in, but that also means the animals are still at lower elevations.

I also spent a lot more time than normal on this entry, playing with photo editors and map tools a lot more, as I’m trying to up the quality of the blog a bit.  It will be a work in progress, but it has actually been a lot of fun.  I’ve tried to edit the length and number of photos, but it’s tough on beautiful hikes like this.  I had over 100 photos to start.

We only had one day (really a half day because of incoming weather), so we did a relatively short loop around Cub Lake and linked up with the Fern Lake trail to head back to the car at the end.  This was a great choice because of the multitude of different terrain which included meadows, forests, creekside trails, waterfalls, and sandy washes.  Not to mention the ever-present Aspen trees. 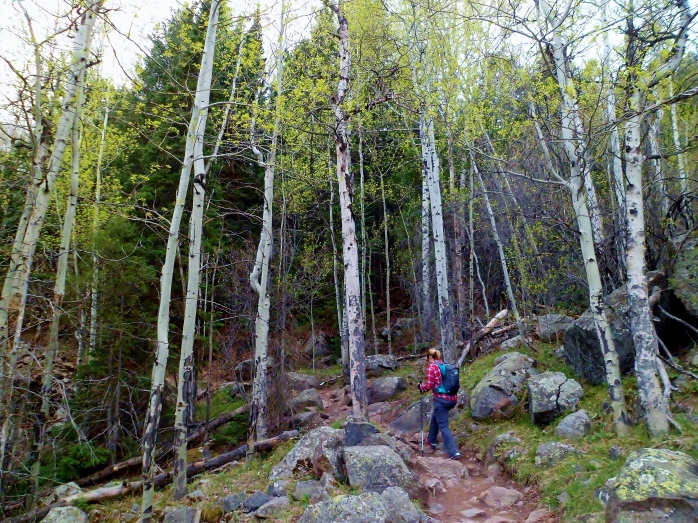 Starting at the Cub Lake trail head, we followed the edge of a huge meadow called Moraine Park.  There were a couple of fly fisherman angling for trout in the small creeks near the beginning of the trail.  We saw lot of elk lounging in the meadow as we followed the path and eventually turned and started to climb towards Cub Lake.  A quick rabbit as well.

Courtney spotted some geese and some tiny fuzzy goslings just off the trail near the Beaver Ponds.  The mother goose watched us closely, but we kept moving. 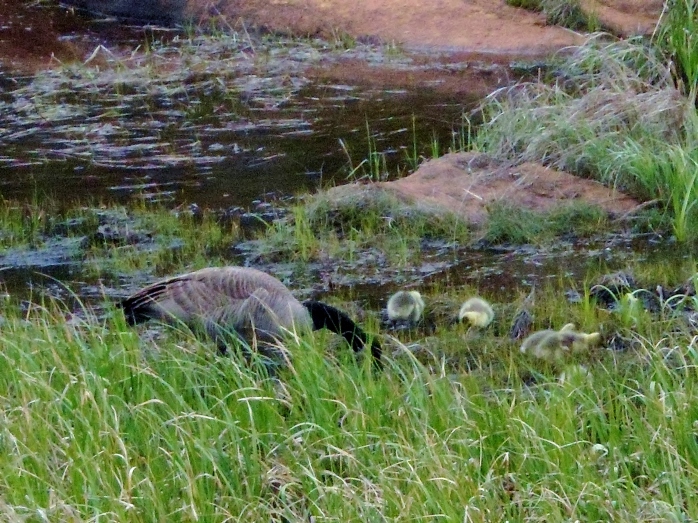 As we continued we started to get into the burn zone from the 2012 Fern Lake fire, which lasted 2 months and consumed nearly 3,500 acres.

Just before Cub Lake we came upon a group of four elk that were within 50 yards of the trail.  We were very quiet and they definitely saw and smelled us, but didn’t seem to mind.  There were several other hikers around as well and the elk seemed like they were used to seeing people on the trail.  It was windy and I had to talk quietly, so audio is not the best. 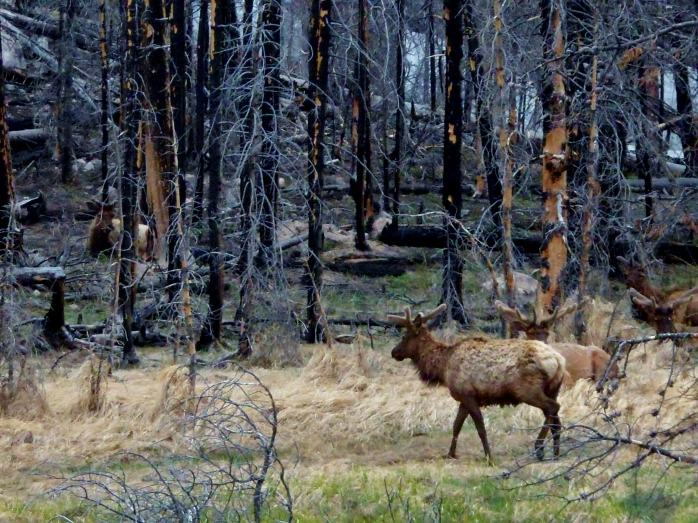 Cub Lake was beautiful and stark.  Snow was still present on the upper hillside and in small patches of shade on the ground, but none on the trail.  There was a moose on the other side of the lake wallowing in the water and I tried to get a good photo, but it was far away and still.  Luckily, when we got to the other end of the lake it decided to get up and wander back into the woods, giving me a better shot.  I’ve always thought the plural should be meese, by the way.

Just past Cub Lake at the junction with the Mill Creek Trail was the high point of the hike, around 8700 feet.  From here we descended down with great views to The Pool.

We headed back towards the car on the Fern Lake trail which followed the Big Thompson River all the way.  We saw plenty of chipmunks and birds (several Rocky Mountain Magpies), along with one little snake that Court spotted alongside the trail.

We ended at the Fern Lake trail head, which meant we had about a one mile road walk back to the car, but it was more dirt than road.  We also saw a few more elk grazing near the road.

We got in the car and drove over to Bear Lake, but it was pretty crowded and we decided just to enjoy the views from the car.  On the way out of the park the weather started to turn and when we got to Estes Park it started to hail on us.  Luckily we were in the car and it was kind of a slushy hail, but it just showed how quick the mountain weather can turn.

I wish we had more time to explore, but we knew this was going to be a really short trip.  Next time we will stay in Boulder, Estes Park, or Grand Lake, but we wanted to check out Denver on this trip as well.  This was a very enjoyable day and we hope to catch a quick flight up to Colorado again sometime in the near future.  Click the maps to enlarge. 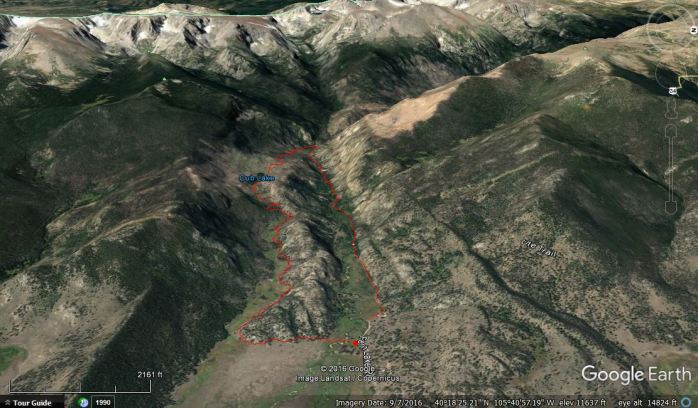