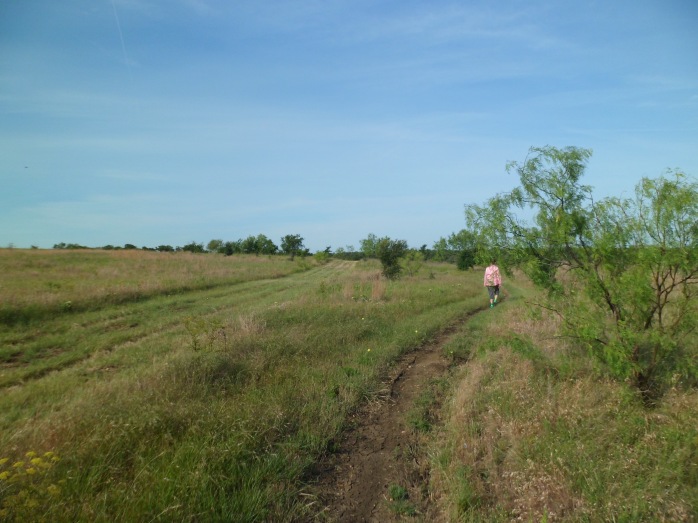 This may be our last Dallas area hike before we move back to Austin in July, so I’m very happy we got to do the entire 12 mile loop.  We got out to the trail head just before 8am and hiked for almost 5 hours.  The wildlife was abundant to say the least.  We saw 5 rabbits, two hawks, a lizard, a road runner, and two snakes!  The snakes were crazy.  More on that later.

When we hit the trail it was actually closed due to wet conditions, but when we finished they had opened it up.  The trail was pretty much dry as a bone.  We only saw three groups of bikers and one other group of hikers.  This was our longest hike together and we both did very well, barring a little sore feet towards the end.  The weather was great and we were very lucky to get this trail in before the real summer heat hits. 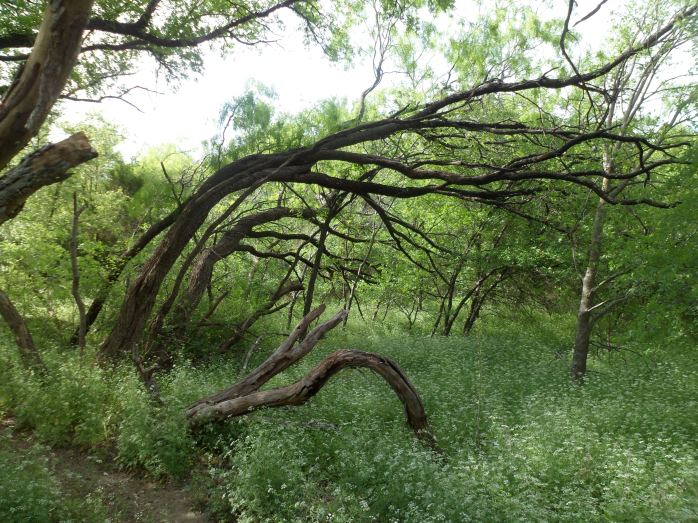 As I said, we saw two snakes.  The first was across the trail getting some sun and we gave it a wide berth and went around.  I’m pretty sure it was just a rat snake.  He was very long and thin and once we started to go around, he got a little scared and started up a tree in the middle of the trail.

The second snake, which I didn’t get a picture of because I didn’t want to mess with it, was a big rattlesnake.  We both stepped right over his head and didn’t realize it until we were pretty much past him.  The weird thing was he didn’t rattle at all and didn’t seem phased by us in the least.  Court was in the lead and saw him just as she was stepping over him and as soon as she said “snake” I was stepping over him as well.  He was lying in the tall grass with his head right on the side of the trail.  He wasn’t coiled or anything, just laying out perpendicular to the trail.  I went back to double check and sure enough, it was a rattler.  Yikes.

The trail was very green and there were a lot of wildflowers, mainly Firewheels and Texas Stars, throughout.  Most of the Bluebonnets are gone for the year unfortunately.  Towards the end of the hike Court found a tick on her neck, but luckily it hadn’t bitten her yet.  Then we found three more on our gaiters when we got back to the car!  Yuck.

Hopefully the next hike I log will be in the Hill Country.  We’ve hiked pretty much all the good trails in the Dallas area and it’s time to get back to our true home. 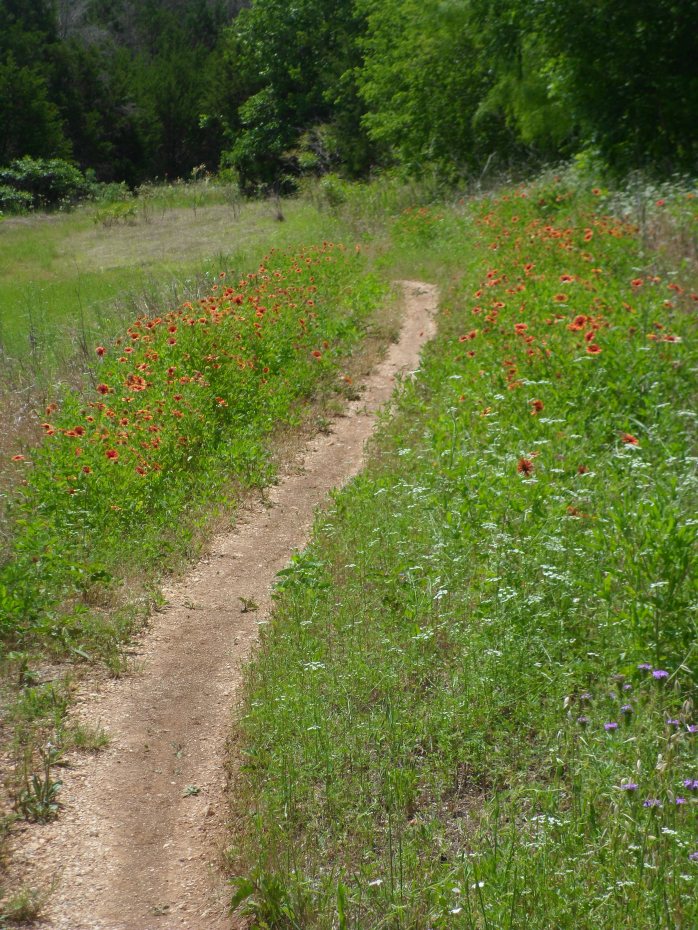