It’s been a while since I’ve had a new post and it feels good to be writing again.  We had an amazing trip to Italy over the past couple of weeks and got some great hiking in.  I’ll probably write at least three entries from this trip, as it was a fantastic experience.

We started off in the Dolemites in northern Italy in the little town of Ortisei in the province of Bolzano.  We only got to spend a single night here, which we found out is not nearly enough, so we will definitely be back.

The day we arrived we took a gondola up to the top of Mont Seuc.  Honestly, the names in these places were multiple and very difficult, but I’ll do my best.  The hiking trails in Europe are notated according to time instead of distance, which is interesting.  I think we usually went a bit faster than the time allotted.  The trail systems are also much more vast and intersecting than they usually are in America and they all pretty much have the same blazes (red and white).  More of a system of paths throughout the land than specific trails that go from point A to point B.

The day was beautiful and the mountains were spectacular.  We were at the top of a ridge that then flattened out and had miles of beautiful pastures that we hiked through with views of jagged peaks in the distance.  One of Court’s favorite parts was hearing the cowbells from the local livestock, which we more or less were hiking among. 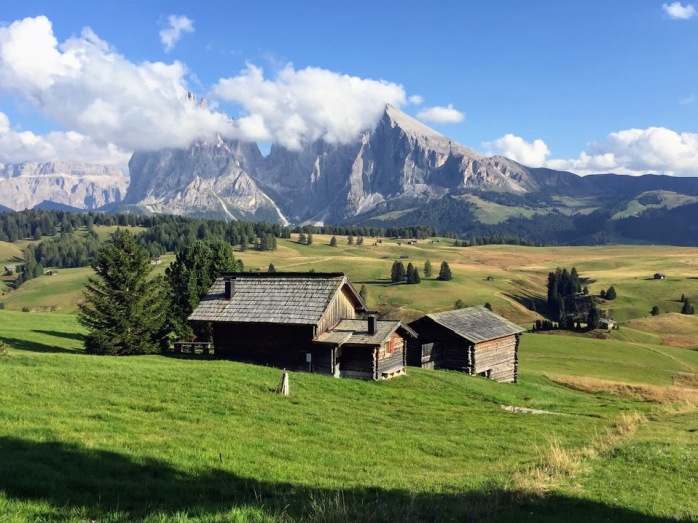 At one point on the ridge we had a great view of the town of Ortisei 2500 feet below.  The pictures don’t do it justice, but it was spectacular.

After a relatively short hike we headed back down the gondola for an amazing dinner in town.

We took separate paths in the morning.  Court went on a run through the town and I followed a hiking path up behind our hotel through the woods and among several farms in the valley.  My hike was about 3.5 miles.  We sadly had to leave in the late morning to head to Switzerland (which was amazing in its own right), but we definitely need to come back and spend more time in Oritsei one day. 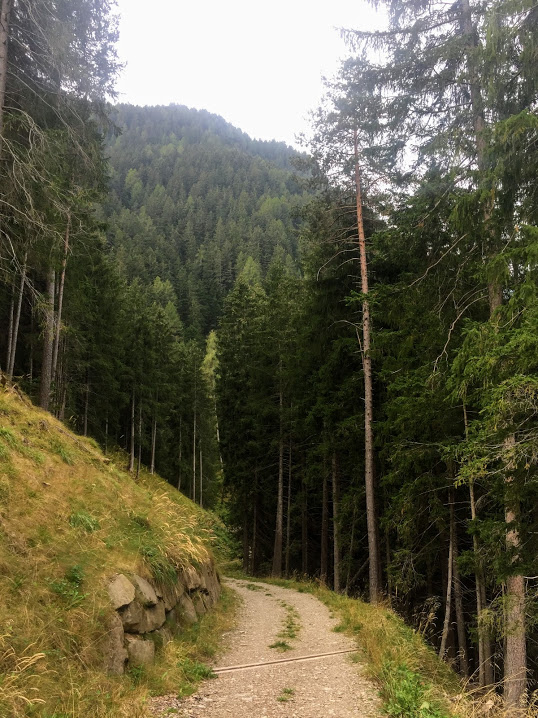