We planned this trip as an overnight, but due to some unfavorable circumstances, we ended up bailing.  This is the second time in a row I’ve bailed on an overnight at Lost Maples and I’m kinda kicking myself for it now, but at at the time, it seemed like the right choice.

We stopped at the cafe in Medina again on the way out and grabbed a chicken sandwich to fuel up before the hike. That place is great.

When we got to the park, the ranger asked where we were planning to camp and when I said Site C, she did not respond favorably. Apparently a whole pack of Boy Scouts had gotten there the night before and had taken most of the spots. We were still going to try though.

We took the same path we took the first time we backpacked out here, almost two years ago.  Maple Trail then continuing on past Monkey Rock and The Grotto, then the BIG climb up to the top of the plateau, then the big descent down to the pond and Site C. 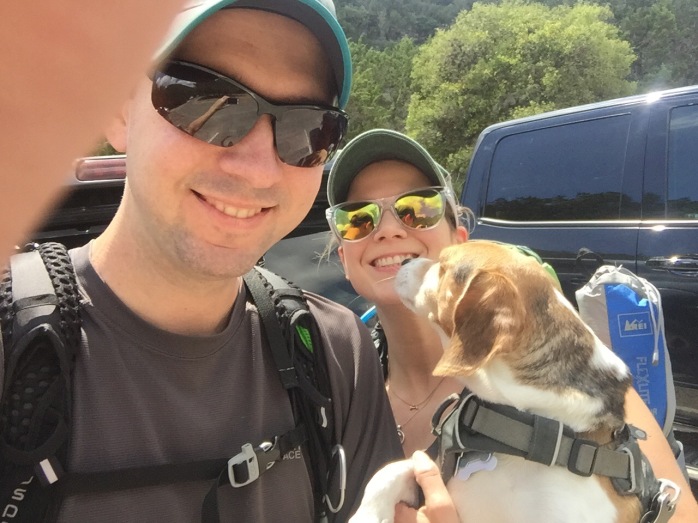 We also saw a Biff doppelgänger on the descent.

When we got down to the pond it was indeed packed with people and screaming children.  There was another couple nearby that had set up and were trying to relax in their hammock and ignore the madness happening around them, but I don’t think they were doing too well.  We could have hiked on and camped at another site a couple of miles away, but I really wanted to be near water and it became apparent the kids weren’t going to stop behaving like kids, so I made the call to bail.

Looking back on it, we probably should have stuck it out, but at the time I was just so annoyed.  We headed back out the flat middle trail and hit the car and headed home.  The hike itself was still good and it’s always good to get out and enjoy the woods.

I also wrote this whole entry on the mobile app and have no idea how it’s going to come out. Here’s hoping.