On this Earth Day I was off work and decided to head out and do some more of the Goodwater Trail loop around Lake Georgetown.  The total loop is 26 miles and we did part of it with Greg and Cat a few months back.  I decided to try some of the trail on the north shore of the lake.

I hit the trail around 9am and started out going the wrong direction, as the trail wasn’t very well marked.  My intention was to hike from around mile marker 20 backwards to Walnut Springs camp and then back.  I soon realized my error when I came upon mile marker 21.  So I retraced my steps and headed off in the right direction.  The trail was very rocky almost the entire time and most of this part of the trail was pretty far off the lake, so not too many views, mostly woods.

The critters were out and about today.  I saw a couple of squirrels (including one that I almost stepped on, who didn’t seem to mind), some vultures scavenging, a few lizards and 8 deer.  The deer were nuts.  The deer in my neighborhood growing up were very docile and would sit in the front yard while you walked up the sidewalk.  These deer ran like they were getting shot at and kept running further up the trail where I would just run into them again.  Never got a pic of them because they bolted so fast. 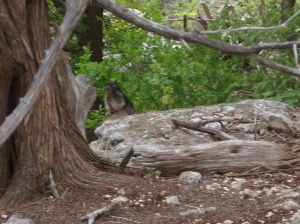 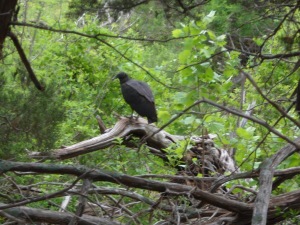 As I went on there was a pretty open space that I later learned from a historic marker sign was an ancient midden for the natives of the area.  Unfortunately, a lot has been looted, but interesting history nonetheless.  There were a couple of creek crossings, but one in particular had a really nice waterfall (you can’t really tell in the pic) that I could have sat and listened to all day. 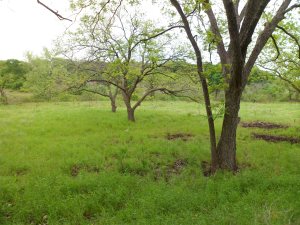 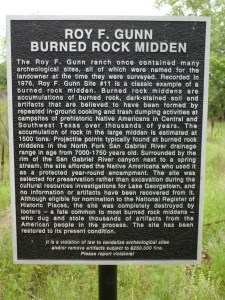 The next section got really bouldery and had some interesting natural rock wall formations too.  The trail eventually found its way down to the lake and I walked into the Walnut Springs camp to have lunch and rest my feet.

After about a 45 minute rest I headed back the way I came.  I haven’t gone on a hike of this length in a while, so my feet were already feeling it at the turn around point.  About a mile in on the way back I had to stop and do some preventative maintenance as one of my toes was rubbing badly and threatening to blister.  Debut of the Leukotape and I didn’t do a great job, but ultimately it worked ok.

I made it back to the car and was very tired.  The heat had really started to climb (high of 92 according to my thermometer) in the later part of the hike.  I had passed a couple of backpackers on the way in and found one of them sleeping at the trail head when I got back.  I wanted to find out how far he had gone and how far he had to go, but didn’t want to bother him.

This wasn’t as good as the trail section I did on the south side of the lake, but was still enjoyable.  It is nice to have such a long trail within a short distance of Austin and we will definitely be back to do other parts of the loop and eventually an overnight for maybe the whole thing.