Ok, so this is really just the regular Greenbelt that I’ve done a dozen times, but the difference today was that the Hill Country Conservancy has started to put Violet Crown Trail markers in.  This is the beginning (Phase 1) of the Violet Crown Trail, which is eventually going to stretch about 30 miles from Austin south to almost San Marcos.  This trail is scheduled to be complete in the next few years and I’ll be very excited when it is.  It will be nice to have a lengthy trail right in my own backyard. 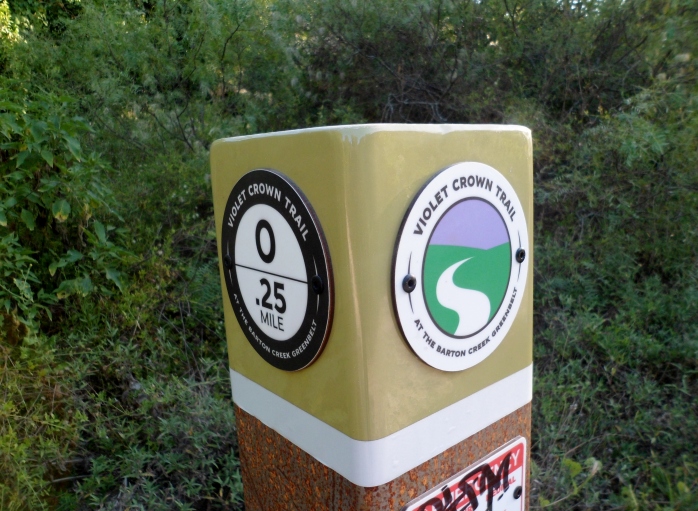 I got out to the trail around 8am and the heat wasn’t too bad for a couple of hours.  There is still some water in the creek, but it is very low.  El Nino is supposed to ramp up again in September, so hopefully the rain will come back.  I did get to hike down the middle of the creek for a while, which provides a different experience than just sticking to the trail.  Unfortunately, with this trail being in the middle of the city, it attracts people who use it for a drinking spot and generally these people aren’t familiar with the Leave No Trace concept, so there is a lot of trash. 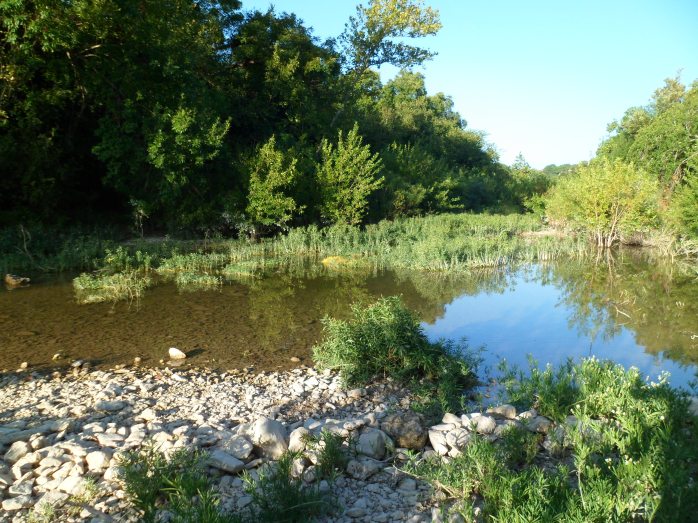 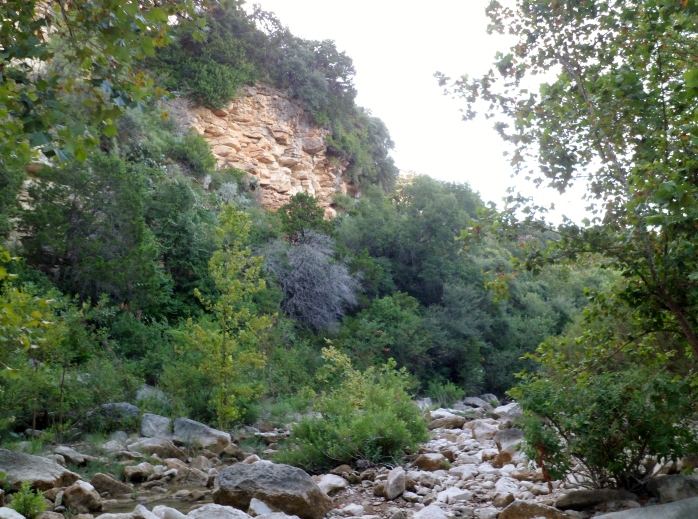 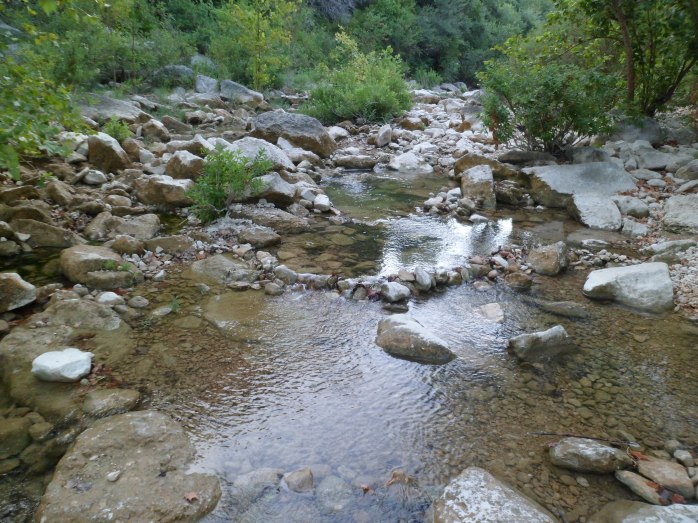 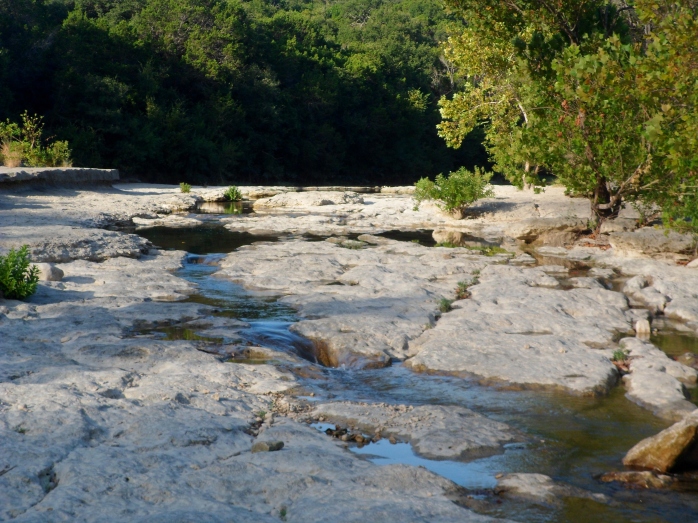 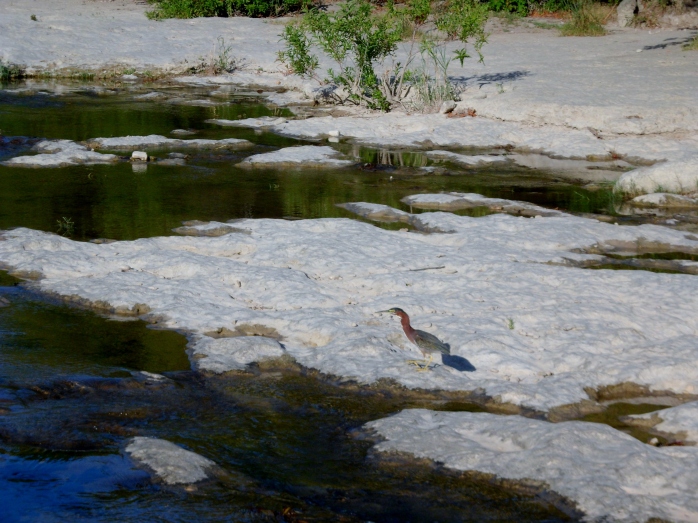 I crossed the creek and found a different trail and followed it for a while, but it brought me to a dead end and I had to backtrack.

I got to Gus Fruh and decided that the heat was about to kick into high gear so, so I headed back.  There is a section of the trail that has a recommended detour because of falling rocks.  I’ve done this section before and it has always seemed safe, but this time there were a couple of boulders in the middle of the trail that had fallen recently that were the size of cars.  With thoughts of 127 Hours going through my head, I decided to cross back over and go with the detour.

The morning ended with a quick swim in Barton Springs.  68 degree water is cold, but refreshing. 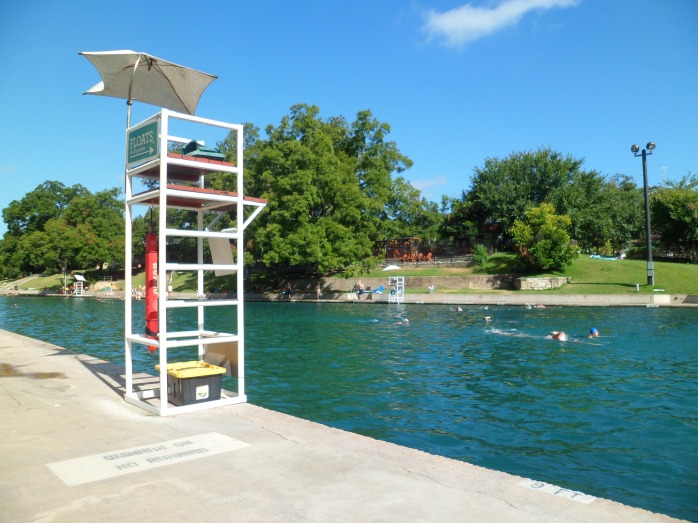 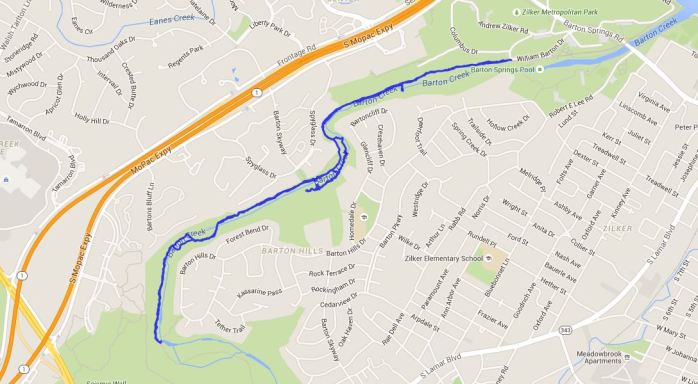